Random thoughts of an upbeat mind

A workout and a meal plan

You know when you have a post in your head and then you dream that you wrote and published it so you think there’s nothing left for you to do. Then you check your blog and realize it wasn’t real??  This is that post. I swear I thought I put this up already …

It’s been FOREVER since I put any thought into what we are going to eat. This week seemed like a good time as any to change that.

Took this bad girl home from the library 3 weeks ago, maximum time allowed for a DVD. I did the 15 minute bonus workout last week. Since it was due yesterday and I was going to all you can eat sushi for dinner on Tuesday I did the full 40 minute workout on Tuesday. It took me 60 minutes to finish it as I took many, many breaks. One of my cousins asked if I at least kept moving when I paused the DVD. Nope! I sat down and huffed and puffed like the world was ending. There may have been a few tears.

Yesterday I was definitely feeling most of my muscles. And since I am a glutton for punishment, when I went to the library I borrowed Power Half Hour. In theory it should take me about 45 minutes to do this 30 minute workout.

Alright on to the food!

Now you can see why it was so easy for me to meal plan this week. lol 😉

I got another The Firm work out dvd from the library. These 2 work outs really worked me out. Each had these “mini bursts” which basically means 8 seconds of pure h*ll repeat 4 times. There are 3 bursts in each work out.

Princess had her wisdom teeth taken out this morning. The after effects of the gas was hilarious. When I saw her in the recovery room she was crying, real tears, because according to her “They removed my tongue and bottom lip and they weren’t supposed to do that. I want them back”. I really tried very hard not to laugh at her. And as the good mother I waited until she had calmed down before I began video-taping her. 😉

When we got home I went into nurse mode and made her some split pea soup, one of her favourites. It requires no chewing. She is actually doing a lot better than I thought she would. She has eaten a bit and only had three Tylenol 3s with the last one being at bed time.

Not much is going on with Diva.  She has five 8 hour shifts left before she’s finished working. We are still not sure if they will keep her on but she’s 95% sure that they will. I can’t see why they wouldn’t as she is trained and they seem to like her. So fingers crossed they will hired her on for during the school year. But not too many shifts as that girl still needs to focus on school.

My Dad called me recently to tell me that he can’t take advantage of some accommodations he has already paid for and would I like to take it … for free. I actually paused to think about it. Not sure why it’s just a couple of hours North of the city. So as long as all goes well we will be in the great outdoors in a week. 🙂

I’m not sure how but I have a lunch planned with an old co-worker and my girlfriend’s birthday dinner scheduled for Saturday. My lunch will most likely be all you can eat sushi. I don’t want to re-schedule as this lunch was booked 5+ weeks ago. 😕 Oh well I will be taking away most of my dinner or a wiser move, ordering less. 😉

My VCR/DVD combo has also decided to go on strike. I’m not sure if it is the power bar that it and the DVD player were plugged in to but … leaving it unplugged for a while then plugging it into a different power bar made it turn on. *sigh* Lucky for me I still own another VCR so I don’t need to go back to the pawn shop.

I think that’s all for now.

Is it the weekend yet?

This day … let’s just say I’m glad it’s over. Nothing horrible happened but there were a few things that could have lived without. 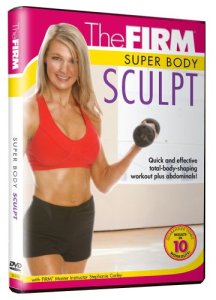 This video contains 3 workouts, arms, legs and core. They run all together even though you can do them as 3 separate workouts. I did just the arms yesterday and it was intense. Today I did the rest. I was a hot mess at the end but it felt good. I really like The Firm workouts I’ve done so far. I believe that you would see results in 10 workouts.

Earlier this week one of my neighbours asked me if I had heard about the thefts of the registration stickers from some of the license plates in the garage. Well no I did not. He found out that his was missing when he was pulled over by the police. Just my luck, mine was one of them.  Who ever took it got a great deal since this year was the first time I decided to buy a 2 year sticker. Not impressed. I debated waiting until I was pulled over and “alerted” by the police but then my BFF reminded me that it would most likely happen at the most inconvenient time. So today I spent 40 minutes in a line and paid $7 to replace my stolen sticker. I wonder when my sticker was taken and how long it would have taken me to notice on my own. I have not put my new sticker on as I am going to cut an X through it once I put it on so that it will be harder to take the next time.

I now own 2 DVD players that don’t work right. The first is a DVD/VHS combo where the open button for the DVD side is very fickle. It has been designated to play only DVDs that I own just in case the button decides to crap out completely. 30 Day Shred has been in there for at least 6 months now. Tonight while watching a DVD from the library, the “good” DVD player decided to die. No warning, nothing. It just stopped. It will not turn on so I will have to wrestle with it to be able to give the library back their property. 😦 Since I have 26 DVDs on loan to me I see a new DVD player in my future. A quick check to Walmart.ca resulted in a couple of options that are less that $40. 🙂 Want to guess what’s on my list of things to do tomorrow?

It has been hotter than Hades the past few days. Thankfully we have not experienced any black outs due to the increased electricity demand. Tomorrow is going to be another scorcher. On the plus side my water intake has been at least 2.5 liters a day. 🙂

It was after 11 last night when I grudgingly decided I should honour my decision to move during the work week. I was thinking “easy” work out when I remembered I brought home 2 new The Firm videos from the library. I clearly didn’t think this one through as both work outs were some sort of sculpting … 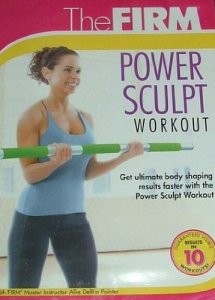 I choose the above one as it was “only” 20 minutes long.  I must confess at no point during or after did I look like the chick on the cover. lol

This video is to be done with a 9 lbs weighted bar. I do not have such a thing so I substituted a pair of 5 lbs dumbbells. Not my best decision but I decided to kick it up a notch! I may be rethinking my arrogance in the coming days. lol I was a hot sweaty mess by the end of those very short 20 minutes.

Given that I was up late last night, there was no morning exercise done by me. 😦 Today with be a cardio day. Another 20 minute The Firm video to the rescue. 🙂

On a different but related tip, I am not a good scientist. I have yet to weigh or measure myself. I do feel stronger and less flabby. It would have been nice to have a benchmark but at the end of the day as long as I keep moving I should be good to go. The thing is to not fall off the wagon this time. 😉

Project Get Healthy is back in swing.

I have re-committed to moving at least 5 times a week, preferably Monday – Friday. 😉 Ideally first thing in the morning so that it’s off my list of things to do and I can enjoy my evening with the peace of mind that I “ate the frog”.

I am starting with The Firm video and Leslie Sansone. 20 minute workouts is where is it at for me right now. I need to build back up my strength and endurance. I put 2 more The Firm videos on hold at the library and will pick them up later this week.

Once I get my exercise under control I will tackle my diet.  I need to eat more veggies and less cake …

I want to blame Diva for encouraging me to bring this delicious Belgium chocolate cake into the house. But the truth it I am the one who pays for them. Did I mention it’s yummy?

Back on the wagon

Yesterday I got back on the exercise bandwagon with this oldie but goodie.  I am starting slowly, I think. I did the 1 mile workout and had to use 3 lbs weights instead of my usual 5. 😦 I am feeling my shoulders today.

I took the plastic off of this DVD today.  I think I have had it for at least 2 years. There are 3 workouts which are only 20 minutes long so it is just up my alley.  I did the Cardio + Sculpt Combo and it was a true 20 minute workout. 🙂 I am sure I will be feeling the squats tomorrow. I will try the other 2 workouts in the next few days.  This video promises visible results in 10 workouts so we shall see.  I should probably weigh and measure myself to get a baseline. 😉